On March 12th, 2019, Mike Phillips, Executive Director of Barry County Emergency Services E9-1-1, was named the Director of the Year by the Missouri Public Safety Communications Conference.  This Honor is voted on by members of the Missouri  9-1-1 Directors Association, Missouri Chapter of the International Association of Public-Safety Communications Officials and the Missouri Chapter of the National Emergency Number Association.  Mike Phillips has been working with the Missouri State Legislature on many issues dealing with the quality and funding for 9-1-1 Services in the State of Missouri in an effort to improve 9-1-1 Services for the Community.

Executive Director Mike Phillips attended the Annual 2018 Missouri Public Safety Communications Conference and was Elected as the President of the Missouri 911 Directors Association.

The Missouri 911 Directors Association was formed creating unity and solidarity among is members who are committed to promoting high quality 911 and Emergency call taking and dispatching services across our state.  The Directors Association is utilizing knowledge and experience of its members to educate law makers, responders and citizens of Missouri. Their members have a responsibility to their citizens, employees, responders and their own families and friends to be informed, involved and to take a positive action for the betterment of their 911 services. 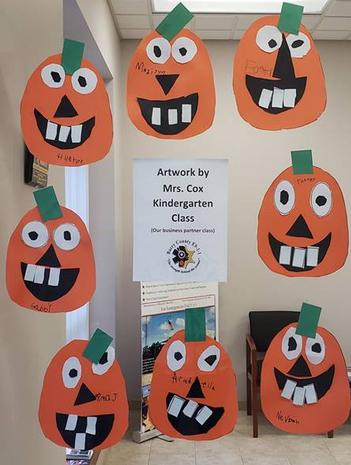 Barry County Emergency Services will be hosting an Open House, along with a Re-Dedication Ceremony and Ribbon-cutting on Friday, April 13th, 2018 at Noon.  The open House and guided tours will be offered following the Ceremony.

Barry County Emergency Services E 9-1-1 sincerely thanks the citizens, businesses and local agencies for their support trust and confidence over the past 10 years.  It is our privilege to serve the Barry County community. 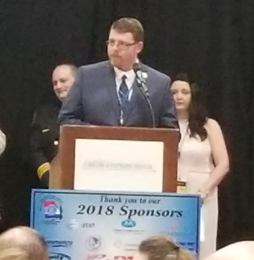 The new law will allow each county a choice of implementing a tax on any device that can contact 911, including cell phones. Missouri House Representative Jeanie Lauer has been trying to get the bill passed for several years. She attended the ceremony.

Missouri is currently the only state not collecting a tax or fee on wireless devices for 911 services, although more than 80-percent of 911 calls come from a wireless device. Governor Parson says this new law will modernize the 911 system statewide.

"House Bill 1456 brings Missouri into the 21st century, preparing the way for all Missourians to have quick access to our emergency response professionals." said Gov. Parson. 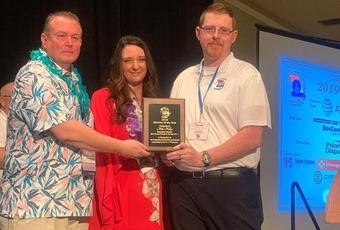 Members of Barry County Emergency Services spent the afternoon on Friday the 12th , 2018,  with Mrs Cox Kindergarten class in Cassville, reading stories and learning about 9-1-1.  Mrs Cox class is our Business partner through the Cassville Chamber of Commerce.  These are some of the pumpkins the kids made for the 9-1-1 Center. 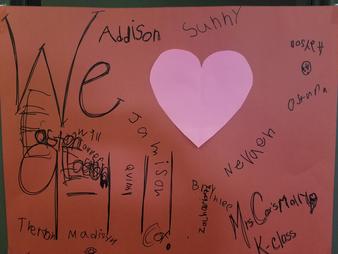 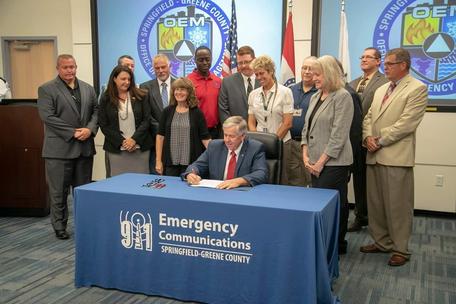 November 2019 Barry County Emergency Services E9-1-1 planned and executed a list of remodels and updates to both office space and equipment over the last two weeks.   “The biggest change was the addition of a new station in the dispatch center,” he said. “We had four, and we operate with four people in the room, but we always want to have another station in case of emergencies, or if one station crashed unexpectedly.”  “We also updated one of our servers that is about five years old,” Phillips said. “We did that very early on that Thursday morning to minimize any interruptions.” The list of remodels include painting and new carpet, as well. “We haven’t really touched up those things in the last 12 years, and we are a 24-hour center,” Phillips said. “It was a good time to liven it up. We also added an accent wall at the dispatchers’ request.”  The remodel was done 2 stations at a time and the day to day operation was not interrupted at any point.